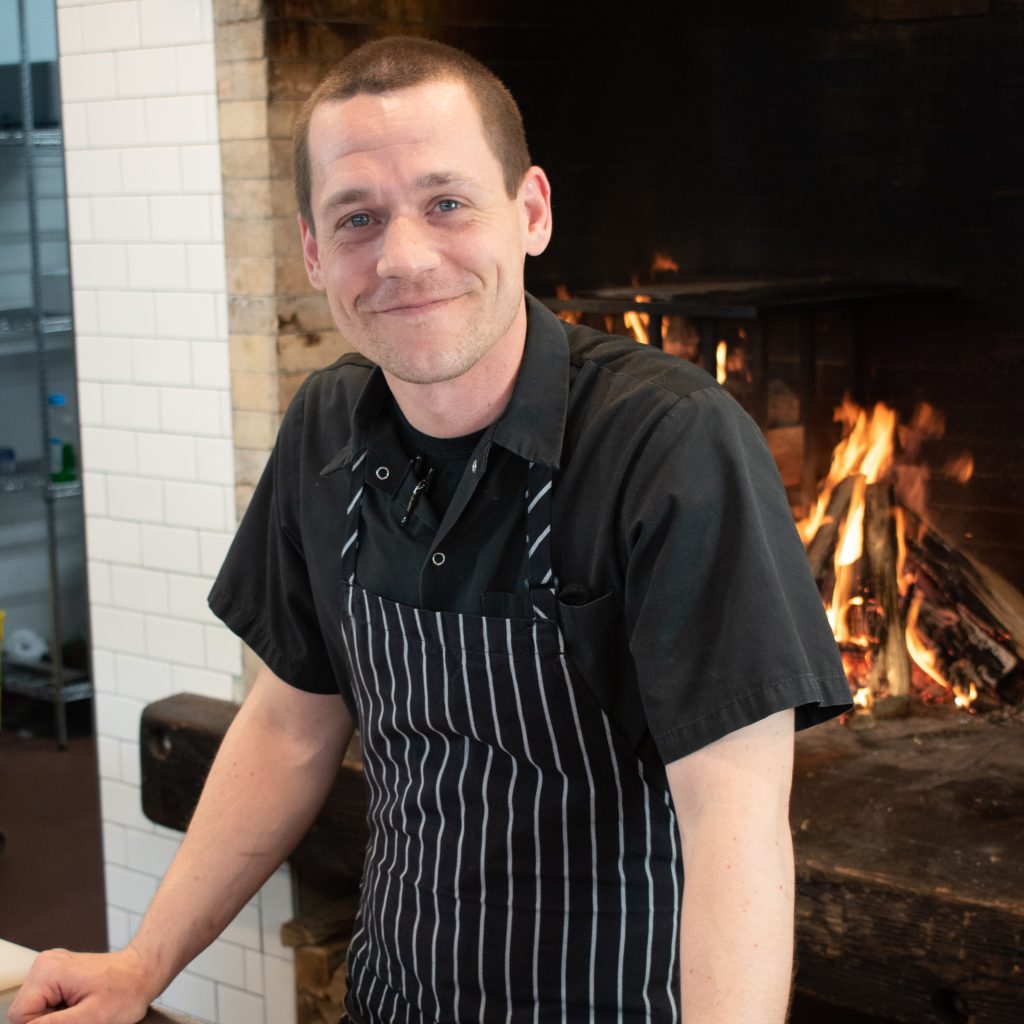 After closing its doors indefinitely on January 1st of this year, The Hearth, Karrikin Spirits Company’s on site restaurant, will reopen to the public with a full menu Friday, June 11th under the leadership of Donald Sullivan.

After weeks of menu testing, and growing support from returning and new guests, the decision was made to light the hearth once again to reintroduce the public to a menu full of locally produced ingredients — thoughtfully prepared and served in the setting of Fairfax’s craft distillery setting.

Born and raised in Hamilton, Ohio, Donald Sullivan’s first memories of food coincide with his memories of family gatherings.

“I loved watching my mom, grandma, and aunts cooking for fifty or sixty people (big catholic family). I can’t recall an occasion when we ever had the family together without food. It just wasn’t done,” says Sullivan, or “Sully” as he prefers to be called both in and out of the kitchen. “So I think I’ve always seen food, and the act of sharing a meal, as a powerful medium for bringing folks together.”

It wasn’t long before Sully found his way into the industry. “My first steady job was washing dishes at Skyline. I think I was probably 17 or 18. Eventually I worked pretty much every spot in the restaurant, but I had a particular affinity for slinging conies.”

After high school, Sully pursued and achieved his Bachelor’s Degree in Business from Miami University. Even so, food was in his blood.

“During my last couple years of college, and then for some time after, I was a cook at a local bowling alley. It was a popular spot and we did mostly hoagies, chicken wings, and flatbreads but on the weekends they would let me run specials. I would be doing parmesan crusted filet or seared scallops without ever considering that someone could be wary of ordering shellfish at a bowling alley. But we usually sold enough of the specials so they would let me keep trying new things and the idea of cooking professionally really set its hooks into me.”

In 2014, the plan was to find a kitchen job in Cincinnati and set his sights on culinary school, but his path would change direction when he received a call from Nada’s Brendan Martin.

“I must’ve applied at 30 or 40 different places,” recalls Sullivan. “He (Martin) hired me the next day.”

Sully spent the next six years between Nada locations in Cincinnati and Indianapolis, eventually earning the title of Chef de Cuisine at both.

“I had the opportunity to work with and learn from some of the smartest, most talented, passionate people in the business.”

What To Expect at The Hearth

There’s something romantic about the setting of Karrikin Spirits Company. Be it the copper pot and column stills in the background of the taproom, the chandelier centerpiece that clashes perfectly with the industrial setting, or the glow of the fire in the hearth as you watch your food being artistically prepared.

The Hearth always has and always will take pride in locally sourced ingredients. From the Tuba Baking Company laugenbrezels — to the Sixteen Bricks buns — to the Avril Bleh beef, 80 Acres Farms greens, or Urban Stead cheese you’ll recognize local names on the menu and know you’re in good hands.

To learn more about your imbibing options while dining at Hearth, check out Karrikin’s products here.