Spring is right around the corner and Karrikin Spirits Company is getting a jump start on seasonal changes by reintroducing its culinary branch of the Cincinnati distillery as The Hearth at Karrikin.

Allow us to reintroduce ourselves...

After opening in December 2018, Karrikin Spirits Company began serving draft sparkling spirits & beer, as well as an impressive list of house made cocktails. Taproom and restaurant guests were quick to latch on to an extensive menu of handcrafted food — much of which was prepared over the open flame of a handmade hearth.

Throughout Karrikin’s first year of business, growth was rapid. In addition to enjoying their favorite sparkling spirits in the taproom and restaurant, customers began finding them on retail shelves, in their favorite bars, and at festivals around Ohio.

At the center of all the change though, the Hearth remained. And now it’s getting it’s moment, along with Karrikin’s new executive chef, Chris Davis.

Chris Davis has been with Karrikin since the very beginning, first as Chef De Cuisine. It’s a position Davis also held at Cincinnati favorite, Via Vite. His resume also includes time as a Sous Chef at Metropole.

But after 13 years of professionally cooking, Davis takes over the helm as executive chef at Karrikin. After a career preparing Italian and Farm-to-Table style foods, Davis brings a fusion of Italian and Southern U.S. flavors to The Hearth at Karrikin, with a focus on locality, sustainability, and vegetable-centric plates.

As for his favorite current dish, he says The Hearth’s Charred Sunchokes with Caramelized Cauliflower and Pear.

For a look at some of The Hearth at Karrikin’s current menu items, click here. 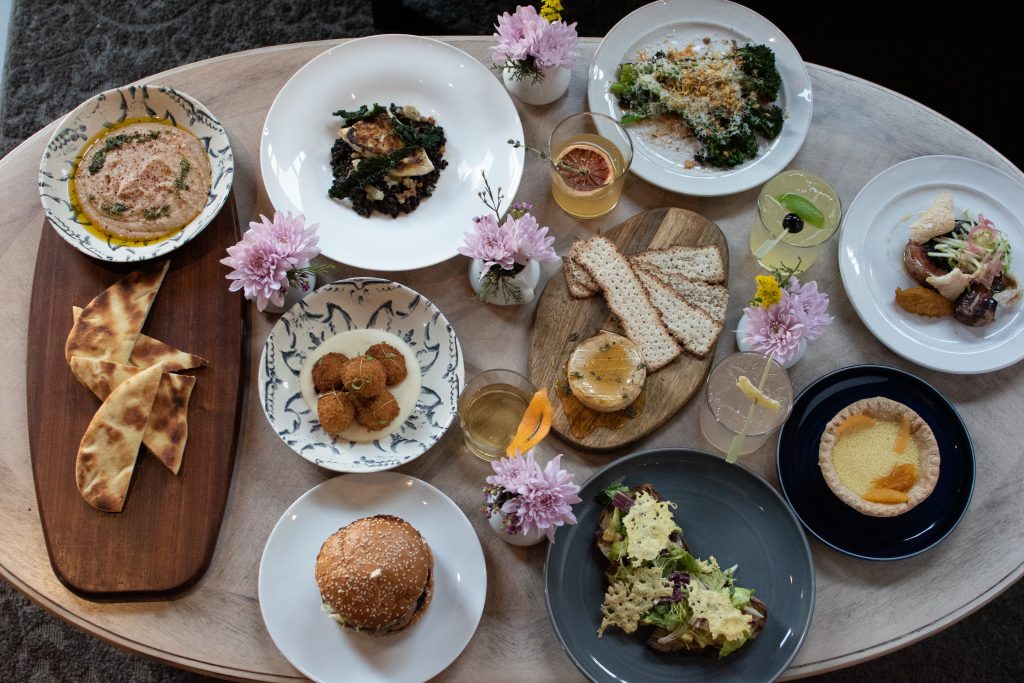